Anachronism and Antiquity is a research project at the Faculty of Classics, University of Oxford, funded by the Leverhulme Trust and running from 2016-19. During this time we will be holding a seminar series (Oxford, Trinity Term 2019) and a conference (Florida State University, March 2018).

The project, led by Professor Tim Rood, looks at both classical and modern material, pairing close analysis of surviving literary and material evidence from classical antiquity with detailed study of the post-classical term ‘anachronism’, and with modern theoretical writings that link the notion of anachronism with the conceptualization of antiquity. This involves an examination of Greek and Roman texts, images, and material objects with a focus on the conceptions of the past underlying perceptions of historical change. By assessing in detail how anachronism operates in a variety of ancient generic contexts, including historiography, the history of philosophy, doxography and literary commentary, the project aims to develop a more detailed and sophisticated account of the use of anachronism and temporalities in antiquity. 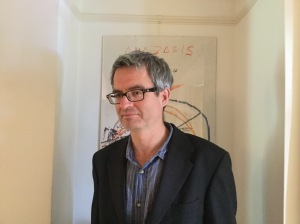 Tim has worked extensively on Greek historiography (especially Herodotus, Thucydides, and Xenophon) and its reception. He is currently completing, together with Dr Luuk Huitink, a ‘Green & Yellow’ commentary on part of Xenophon’s Anabasis. For the Anachronism project, he is exploring in particular conceptualizations of anachronism in criticism and scholarship, especially in the reception of Homer. 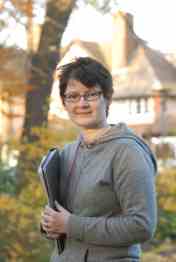 Carol will be exploring constructions of temporality and change in classical and Hellenistic Greek historiography and political thought. She is also investigating temporality and anachronism in philosophical dialogue and ancient intellectual histories, particularly the dialogues of Plato and biographical and doxographical accounts of ancient philosophers’ lives. Carol’s previous research, soon to be published as The Discourse of Kingship in Classical Greece, explored the discourse of kingship in Greek political thought, including the shifting temporal location of founders between mythical and historical time. 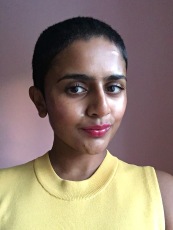 Mathura received her PhD from the Department of Classics at Princeton University in March 2018. Her dissertation, “Antiquity in Dark Times: Classical Reception in the Thought of Theodor Adorno and Erich Auerbach”, explored how both men developed positions and methods in articulating their alienation from the particular forms of philhellenism that had anchored German philology and philosophy. As a postdoctoral researcher for ‘Anachronism and Antiquity’, Mathura is continuing to develop her interests in this particularly urgent moment of classical reception in the history of German thought. 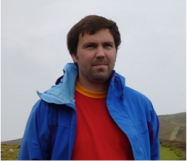 Tom’s first book, Pindar’s Library: Performance Poetry and Material Texts (Oxford, 2016), deals primarily with the literary and scholarly reception of Pindar in the Hellenistic period. For the Anachronism and Antiquity project, he is writing a book about Hellenistic poetry in which he will explore (among other things) the temporal constitution of the reading subject.

The blog of the Anachronism and Antiquity project, based at the Faculty of Classics, University of Oxford, during 2016-19, and funded by the Leverhulme Trust. We will be adding regular updates on our research and news of our project publications.